About Actor, singer and songwriter known for his work on Donald Glover's Atlanta as we ...更多> 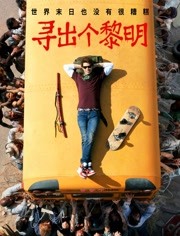 About
Actor, singer and songwriter known for his work on Donald Glover's Atlanta as well as Netflix's post-apocalyptic comedy Daybreak. His second mixtape Deutschland was entirely self-written and produced and was very positively received.
Before Fame
He was born and raised in Atlanta, Georgia.
Trivia
He also appeared on The Hub reality show Majors & Minors as well as guest-starring on an episode of Orange Is the New Black.
Family Life
His father was Senior Pastor at his family's church.
Associated With
He's also starred in Olivia Wilde's film Booksmarts.