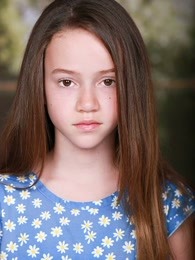 Chloe Coleman is an American child actor based in Los Angeles, California. Of Eastern ...更多> 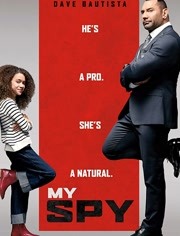 Chloe Coleman is an American child actor based in Los Angeles, California. Of Eastern European, English & African descent, Chloe's an inexhaustible force of athletic ability, contagiously good spirits, and a perceptive mind. The daughter of a camera operator and former actress, Chloe began acting at 5 years old when cast as a ballerina dancer on GLEE for Fox. Chloe's big break came with her portrayal of Skye Carlson in HBO's award-winning series Big Little Lies directed by Jean-Marc Vallee (Season 1) and Andrea Arnold (Season 2). Prior to that, Chloe appeared as Idit Obadya in Amazon's Transparent, as well as Zoe Sturgis on ABC's Superstore. Yet to be released works include: My Spy, where Chloe plays Sophie Vale alongside the magnetic Dave Bautista, directed by Pete Segal and released by STX; James Cameron's Avatar 2, where Chloe plays young Lo'ak; & the Amazon series Upload, directed by Greg Daniels. In her spare time, Chloe loves reading, art, dance, piano, archery, animation, and directing/editing movies with her friends. Chloe's a competitive swimmer and straight A student, who has a lot of faith in our world and the lovely people in it.