Kulvinder Ghir's diversity in the entertainment industry has seen him perform on TV, f ...更多> 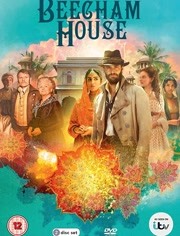 Kulvinder Ghir's diversity in the entertainment industry has seen him perform on TV, film and theatre. His transition into comedy wasn't easy. As a young man, worried how his parents would react to his passion, he would secretly go off to comedy clubs to perform. Conquering tough audiences gave him the confidence to then move into the wide world of radio, film and television.

One quarter of the highly successful 'Goodness Gracious Me' team, he has also starred in 'Casualty' and 'The Bill'. He can currently be seen the Casualty spin off series 'Holby City'. Kulvinder is most well know for his GGM character, 'Chunky Lafunga' a stereotype of a slimey Bollywood hunk, complete with hairy chest and medallion. Other characters include "Bhangra Man", "Dennis Cooper" and "Mr. Ishaq".