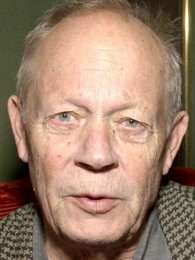 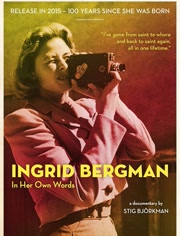 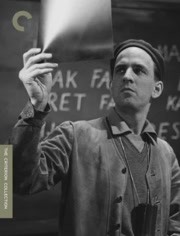 Stig Gösta Henning Stigson Björkman, born October 2, 1938 in Stockholm, is a Swedish writer, film director and film critic Björkman was the editor of the film magazine Chaplin 1964-1972 and with great dedication written a number of books on the art of film and interview books with, among others, Ingmar Bergman, Woody Allen and Lars von Trier. As a director he made his debut with the short film "Letitia" feature film debut with "Jag älskar, du älskar". In 1972 he made the American film" Georgia, Georgia" about the Black American singer Georgia Martin and in 1975 he received his artistic breakthrough with "Den vita väggen" . The protagonist Harriet Andersson got multiple awards for her role as a divorced housewife. Björkman has often worked with the writer Sun Axelsson. He has also done translations for a wide range of artistic, foreign cinema films to Swedish. After making a number of internationally distributed documentary films about Ingmar Bergman, Björkman was asked, facing the 100th anniversary of Ingrid Bergman birth, by daughter Isabella Rossellini if he would undertake the making of a filmography about Ingrid Bergman, based on her private diaries and films of the family's private collection. The two-hour film "Jag är Ingrid"attracted attention at the premiere at the 2015 Cannes Film Festival, where Ingrid Bergman was the festival's main personality of the year.