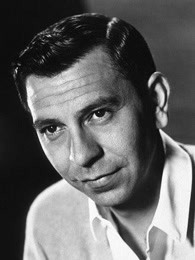 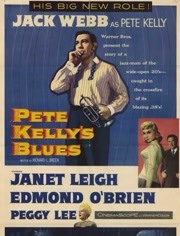 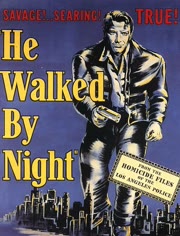 John Randolph Webb was born in Santa Monica, California, to Margaret (Smith) and Samuel Chester Webb. His father left home before he was born; Webb would never know him. He was raised by his mother and maternal grandmother in dire poverty that preceded the Depression. Making things worse, Webb suffered from acute asthma from age six until adulthood, somewhat surprising for a man whose cigarette intake reached three packs a day at its peak. Webb's great love was movies, and his dream was to direct them. He began in radio, first as a disc jockey then as host of a comedy show (Believe It or Not!), finally as "Pat Novak, Private Eye", his first true success. A small role in the film nor classic He Walked by Night (1948) led to the creation of "Dragnet". During production, Webb befriended a LAPD police consultant assigned to the film and became fascinated with the cases he heard told. He successfully pitched the idea of a radio series to NBC using stories drawn from actual LAPD files. "Dragnet" first aired over NBC radio on June 3, 1949, and came to TV (Dragnet (1951)) on December 16, 1951. The show was one of the monster hits of early TV and was honored with satirizations by comics and even Bugs Bunny (!) during it's run, which lasted until September, 1959. The series' popularity could have ensured its continuation indefinitely but, by then, Webb had become a film director and would helm (and star in) five features: Dragnet (1954), Pete Kelly's Blues (1955), The D.I. (1957), -30- (1959) and The Last Time I Saw Archie (1961). The last two were box office flops, and Webb returned to TV in 1962. In February, 1963, he became Head of Production for Warner Bros. Television, a job he was fired from that December when his revision of 77 Sunset Strip (1958) sent its ratings into a death spiral. After two years of unemployment, a new opportunity arose, the made-for-TV film, of which Universal was then sole supplier. Coincidentally, they owned the rights to Dragnet (1951) and invited Webb to do a new "Dragnet" as a TV movie. It turned out so well in industry previews (oddly not broadcast until 1969) that NBC and Universal persuaded him to do a new Dragnet 1967 (1967) TV series, which lasted three-and-a-half seasons and went on to smash success in syndicated reruns. This later incarnation (co-starring Harry Morgan as "Officer Bill Gannon") is probably what Webb is best known for and unlike the 50's version, it was produced in color and increasingly focused on his personal conservative social agenda. Over the next five seasons, he regularly blasted marijuana, LSD (which was legal at the time of the revamped series debut), hippies, juvenile delinquency and disrespect for law enforcement. To be fair, the series was equally intolerant of police corruption and went to great lengths to show LAPD's self-disciplinary process as it was at the time. Webb was known as an extremely economical TV producer: his Mark VII productions routinely used minimal sets, even more minimal wardrobes (Friday and Gannon seem to wear the same suits over entire seasons, which minimized continuity issues) and maintained a relatively tight-knit stock company that consisted of scale-paid regulars who routinely appeared as irate crime victims, policewomen, miscreants and clueless parents of misguided youth. While the passing decades haven't been kind to all of the episodes--- several now seem camp, the manpower expended investigating some seemingly minor crimes is laughable and the outcome of many of the trials would be vastly different today--- they remain entertaining while representing somewhat fictionalized docudramas 1960's police operations. With renewed wealth and industry status, Webb was also determined not to repeat his past debacle as a producer/studio boss. He parlayed Dragnet's renewed popularity into a second hit series, Adam-12 (1968), and scored an even bigger hit with Emergency! (1972) (casting his ex-wife, Julie London and her husband Bobby Troup), a show that inspired thousands of kids to become EMT/paramedics for generations, perhaps Webb's greatest legacy. During the production of Dragnet 1967 (1967), he maintained a rigorous daily work schedule while ignoring his health. He loved chili dogs and cigarettes, enjoyed late nights playing cards and drinking with cast members who were amazed to find him fully alert at 7a.m. the next day, expecting the same from them. The combined effect of this lifestyle made him appear older than he actually was by the late 60's. Unbeknownst to fans, he possessed a healthy sense of humor (his 1968 "Copper Clapper" appearance on The Tonight Show Starring Johnny Carson (1962) remains a classic) and he was a jazz fanatic, amassing one of the world's greatest collections. Webb's sense of humor didn't extend to his self-image, however. In 1977, director John Landis approached him with an offer to appear as "Dean Wormer" in National Lampoon's Animal House (1978) and recalled Webb sitting stone-faced and unimpressed at the offer. Sadly, he rejected it as being too counter to his public persona. Webb managed to keep his company solvent until his untimely, yet not unexpected, death from a massive heart attack on December 23, 1982 at age 62. Webb was married four times: to Julie London (1947-54), Dorothy Towne (1955-1957), Jackie Loughery (1958-64), and to Opal Wright (1980-death). He had two daughters by London: 'Stacey Webb' (1950-96) and 'Lisa Webb' (born 1952).