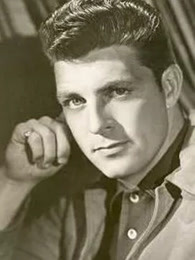 Dale Robertson, the actor who made his name in television Westerns in the 1950s and '6 ...更多> 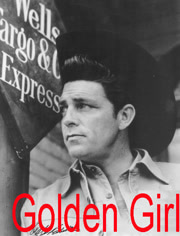 Dale Robertson, the actor who made his name in television Westerns in the 1950s and '60s, was born on July 14, 1923, in Harrah, Oklahoma. After serving in a tank crew and in the combat engineers in North Africa and Europe during World War II, the twice-wounded Robertson started his acting career while still on active duty in the U.S. Army. While stationed at San Luis Obispo, California, had a photograph taken for his mother. A copy of the photo displayed in the photo shop window attracted movie scouts, and the six foot tall, 180-lb. Roberson soon was on his way to Hollywood. Will Rogers Jr., whose father is the most famous son of Oklahoma, told him to avoid formal training and keep his own persona. Robertson took his advice and avoided acting classes.