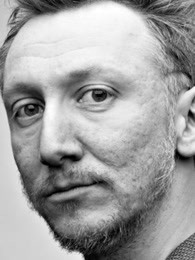 Born in 1977. A director, scriptwriter, performer. He has completed Journalism at the ...更多>

Born in 1977. A director, scriptwriter, performer. He has completed Journalism at the University of Wroclaw and the "Studio Prob" at the Wajda's School. He studied Directing at the Leon Schiller PWSFTViT in Lodz. Member of Polish Film Academy and European Film Academy. He is numbered among the most important and expressive authors of the Polish independent cinema, where he gained the nickname of "off icon" and brought numerous awards. "The Girl from the Wardrobe", his professional cinema debut, a transition from "off" to "mainstream", gained critics enthusiasm appreciation and many festival awards.