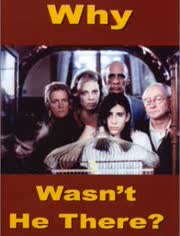 Emmy Nominated for Outstanding Actress (2016), and winner of seven Best Actress awards, a Best Supporting Actress Award and a Best Actress Nominee, Kathleen Gati is recurring on Arrow (CW) and on General Hospital (ABC). She was born and raised in Canada by Hungarian immigrants and was brought up in an artistic environment. Her father was a symphony conductor and her mother an opera singer, so performing was in her blood. She started acting at the age of three, wrote, directed and starred in her first play at the age of eight. After high school, she moved to New York to pursue her dream, where she studied and performed in dozens of plays both on and Off Broadway, as well as working in numerous roles on television and in film. Gati was invited to Hungary to be in the feature Goldberg variácók (1992), for which she won the Television and Film Critics Best Supporting Actress award.