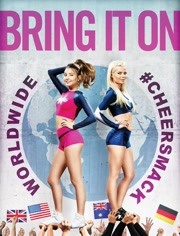 Cristine Prosperi (April 7, 1993) is best known for portraying Imogen Moreno on Degrassi. Cristine plays the role of Tiara on the Family Channel series, Really Me, she also stars as Aria on Totally Amp'd and has guest starred on The Latest Buzz Series. Cristine played the role of the Iraqi girl in the movie Stir of Echoes: She also was in The Homecoming and Your Beautiful Cul De Sac Home movie. Cristine has also worked on several commercials, she shot the XBox commercial with the Jonas Brothers and Venessa Morgan from the Latest Buzz. She is trained both in singing and dance.