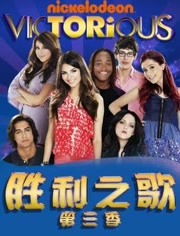 Graduated from University of Southern California in 1985 (BA-Theatre). Attended University of the Pacific (1981-1983, studying Theatre, History, Communications). Joined Director's Guild in 1992. Steve has worked for ABC, NBC, Disney and Nickelodeon, among other companies. Sit-coms, sketch comedy, single camera and music performance are all within his experience. Steve directed the pilot episodes for the hugely popular iCarly and Victorious for Nickelodeon.