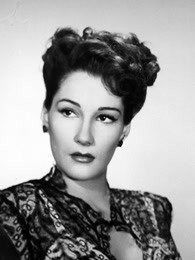 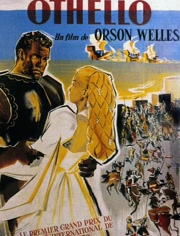 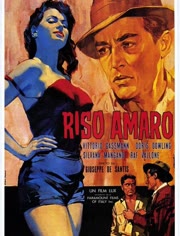 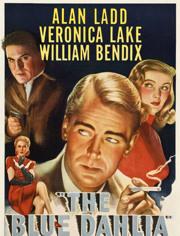 After some Broadway musical stage work as a chorine, Detroit-born actress Doris Dowling followed her older sister Constance Dowling (who died relatively young in 1969) to Hollywood and made about an equal representation. Doris started off auspiciously with the role of the barfly and drinking companion to fellow alcoholic Ray Milland in the sobering classic film The Lost Weekend (1945). That movie, which won "best picture" and "best actor" and was the first to deal with the harrowing effects of alcoholism, led to an equally victimy part for Doris in the choice Raymond Chandler piece The Blue Dahlia (1946) starring Alan Ladd and Veronica Lake. Her post-war credits started dropping off, however, and (like her sister) managed to revive her career in Italy where her soulful eyes and dark, earthy beauty complemented several dramas whose themes reflected the realities of war, including Riso amaro (1949) and Roma città aperta (1945) (Open City). Doris also appeared in Orson Welles' European production of Othello (1952) playing the role of Bianca. Returning to the US, theater and TV would comprised much of her later work, continuing on such popular shows as Bonanza (1959) and Barnaby Jones (1973). In 1973, she shared an Outer Critics Circle award for her performance in the all-star stage production of "The Women" on Broadway. Married three times, she was wife #7 to band leader Artie Shaw, by whom she had a son, Jonathan Shaw.